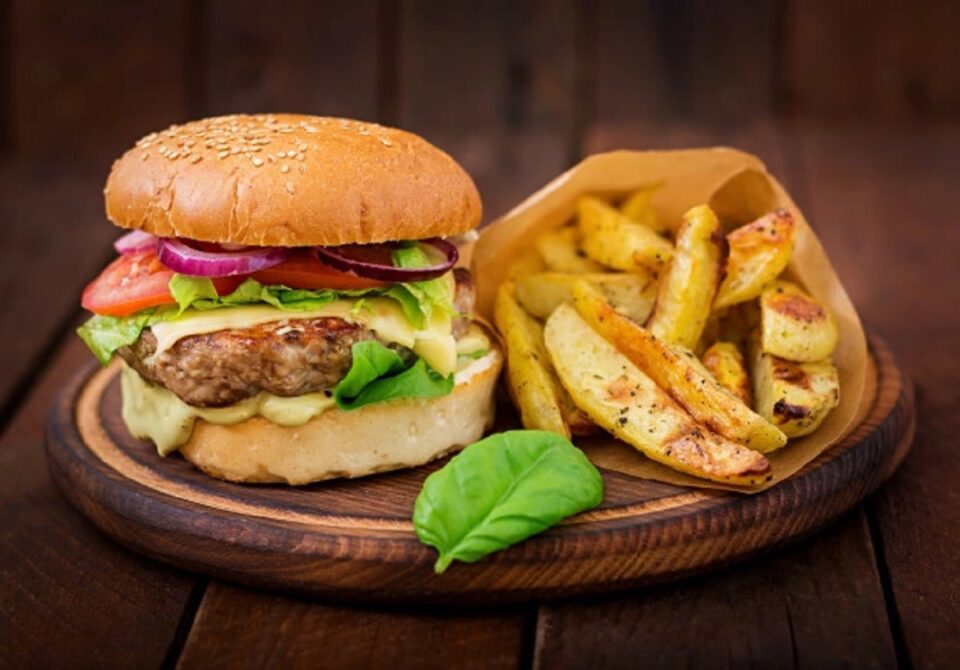 Having 37,000 stores in 118 countries, McDonald’s is the largest fast-food chain in the world. The sector is dominated by this fast-food behemoth… Is it, however, doomed? McDonald’s recently lost their Big Mac trademark, which Burger King quickly grabbed. Burger King hilariously mocked McDonald’s on social media with slogans like ‘Anything But A Big Mac.’ McDonald’s, however, is up against more than just Burger King!

There are numerous reasons why McDonald’s struggles to open profitable outlets in other nations, ranging from conflict to want for more, and below are the top 6 countries where McDonald’s has entirely failed.

McDonald’s opened its first store in Barbados, an island known for its gorgeous beaches and rich culture, in the mid-1990s. This was part of a larger attempt to expand McDonald’s business into the Caribbean. Given the disaster that was their migration to Jamaica, it’s hardly a surprise that this was also a failure. McDonald’s only survived 6 months on this lovely island, despite some initial interest. Barbados seems to be uninterested in McDonald’s’ processed, uninspired American fare. Many individuals stated that they liked the island’s fresh chicken, seafood, and other tropical delights.

Sadly for Ronald McDonald, Barbados’ cuisine is far healthier and tastier than McDonald’s, and the islanders prefer it. This fast-food behemoth was quickly relocated off the island, and also the restaurant was painted blue and converted into a financial services office. Locals appear to be pleased with the change, and they can still visit one of their KFC or Burger King outlets for a cheeky taste of American cuisine when the mood strikes.

Okay, this one appears to be self-evident. North Korea and the United States have been adversarial since the Cold War, with tensions rising after the Korean War in 1950! Americans have been prohibited from North Korean soil in recent years, so, predictably, the massive American firm isn’t allowed to operate there. Kim Jong Il, on the other hand, claimed to have invented the ‘Gogigyeopbbang,’ which translates to ‘double bread with meat’ and is effectively a hamburger. Despite this, according to The Telegraph, the wealthiest North Koreans continue to import McDonald’s by plane from Chinese McDonald’s outlets.

Also, Kim Jong-un appears to be swayed by the delicious cuisine, as a South Korean official recently stated that North Korea is anxious to acquire investment from American corporations like McDonald’s. Three US sources reportedly suggested that Pyongyang, North Korea’s capital, would open a Western burger shop as a symbol of the two countries’ newfound togetherness. It’s unknown whether these plans will go forward, but if they do, this could be the best trade deal in history, if not ever!

There are 17 Maccy D’s in Vietnam right now, but they may not be around for long. Despite its success in other Asian nations like China, where they are the second largest international fast-food business behind KFC. McDonald’s planned to open 100 outlets in Vietnam between 2014 and 2024 as a result of its success, but less than a fifth of that goal has been met halfway through. You may think this is due to long-standing animosity between Vietnam and the United States over the Vietnam War, but the situation is more complicated. It all boils down to the fact that markets sell food faster than McDonald’s, so picking up food on the fly isn’t appealing to them. In large towns, the lower floors of many buildings are transformed to run fast street vending outlets, giving the Vietnamese consumer access to entire streets of variety.

McDonald’s is expensive in today’s food world, making it unsuitable for routine meals. McDonald’s costs can’t be dropped any lower to compete because the McMenu is more expensive to prepare than traditional Vietnamese cuisine like Pho. Another issue is that eating together is a social and cultural norm in Vietnam, and burgers aren’t exactly sharing food.’ Sadly for McDonald’s, interest began to wane and continues to wane, with fast-food visits falling 31% between 2016 and 2018. On the other side, street sellers are still thriving and growing in popularity. It is becoming increasingly likely that the Americans will be forced to withdraw from Vietnam yet again.

Macedonia, a small European country in the Balkans, previously boasted seven magnificent McDonald’s restaurants, including a handful in Skopje, the capital. Although the city has a population of 2.074 million, McDonald’s only has one modest franchise. These eateries had a 16-year track record of success in Macedonia. Until 2013, all of the locations were forced to close overnight without warning, leaving hungry customers with a ‘temporary closure’ message in place of their morning McMuffin. So, how did it go? The franchise owner quickly clarified that this was not due to an inspection or a health and safety issue, but rather that they had lost their license to operate from McDonald’s.

According to rumours, the head of McDonald’s European office had a falling out with the franchise owner, and also the license was cancelled as a result. Ever since no other McDonald’s has been allowed to open in the vicinity, so they’ll have to eat their breakfast somewhere else.

From 1995, McDonald’s has operated in Jamaica, opening 12 locations in the first four years. The franchise owner had to give up his ambition of owning a large chain of fast-food outlets across the country after ten years of lacklustre sales. But how could such a successful company go bankrupt? The failure was reportedly caused by several factors, the most serious of which is the little burgers. As a result, Burger King was able to survive when McDonald’s collapsed in Jamaica. Another issue is that residents are angry that McDonald’s imports most of its beef rather than purchasing it locally. Several menu issues, like the lack of traditional Jamaican cuisine and alcohol in McDonald’s restaurants, have been addressed.

As a result, the owner was forced to close all of his outlets, and no one has dared to attempt again. Not only that but McDonald’s is said to have requested $2 billion from a local businessman to jumpstart their investment in a franchise, as well as working at the restaurant for a total of 9 months without pay. Oof! That is a huge request. Jamaica will, without a doubt, not be ‘lovin’ it anytime soon.

As a result, it’s becoming evident that American corporations like McDonald’s aren’t always welcome abroad. Amazingly, there was once a McDonald’s in Iran, which shuttered in 1979. During the Iranian revolution, McDonald’s was demolished, and American culture was widely reviled. McDonald’s isn’t alone in this; a slew of other American icons, even everyone’s favourite cartoon family, The Simpsons, have been outlawed. I get what you’re thinking: how do they live without it? Iran has a parody McDonald’s named ‘Mash Donald’s,’ with a remarkably similar logo. The ‘Mash Donald’s baguette burger’ and even a 46-centimetre long sandwich are among the delectable menu items. Surprisingly, after years of eating knockoff food, it appears that Iranians are ready to get the real deal. Between the two countries, bridges are being constructed; perhaps a restaurant will follow!

McDonald’s has stated that “we might take steps to open McDonald’s restaurants in Iran in the future,” so things are looking up. A franchise application for opening stores in Iran already is available online. But don’t get too enthusiastic; this also applies to other countries with which the US has a trade embargo, such as Syria.