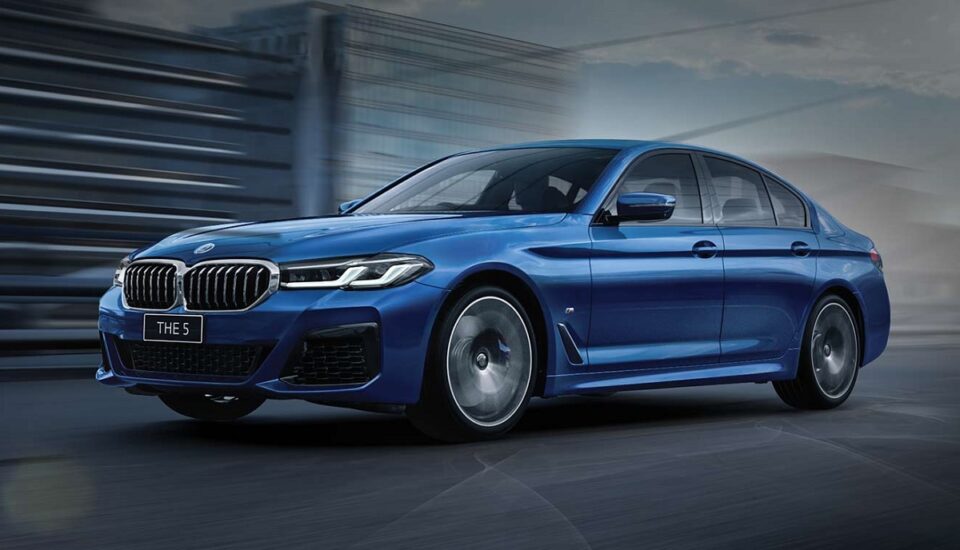 BMW, also known as Bayerishe Motoren Werke, stands as one of the best automobile brands in the world. When it comes to performance, BMW cars are a perfect fit for service. In the year 2015, in terms of productions, BMW ranked 12th in the list of global auto brands.

All around the globe, BMW cars are available easily with a lot of comfortable buying options. BMW is known for its top class quality cars that come with premium finishes making it worthy to buy. These cars come with powerful engines and a smooth suspension system giving the passengers maximum comfort.

In this article we are going to provide you a list of top 9 best BMW cars of all time with their relative information.

Top 9 BMW Cars of All Time

Popularly known as the automaker’s flagship sedan from Germany, this was a very unique and advanced car during that time. It gained its popularity due to its new and amazing features that were lacking in most of the other cars. It was the first car in the BMW brand to have its own complex climate control system.  Besides this, it also had a crazy feature of service interval indicator, which was very helpful to the user.

The E23 7 Series cars were first manufactured in the year 1977. Its production continued till the year 1987, when it was replaced by the new E32 7 Series. This car came with a good performance engine with an awesome chassis and suspension system. The 1984 version came with a 4 speed transmission system. This car had electrically adjustable seats which provided great comfort. The TRX tires that came with this car were of high quality. Overall it was a great buying option in those days.

The E39 M5 was first manufactured in the year 1986. That time it was not claimed as the world’s fastest sedan because this title was already claimed by the original BMW M5 car. This BMW sedan model comes with the four door system, which makes it a good buying option. When it comes to the engine sector, this car comes with a powerful engine. The E39 M5 has the v8 4.9 liter engine, which is a quite good performance engine. The weight of the car is around 4000 pounds.

This car also has a good amount of total maximum output with a horsepower of 400 hp. It also has 370 pound feet of torque. This car comes with a great brake system with a smooth transmission. In overall, the BMW E39 M5 is a stylish, well balanced car that can attain the speed of 0-60 miles per hour under 5 seconds.

The BMW 8 Series is a so cool and amazing car that even a casual observer knows it worth. This car is regarded as the flagship model of BMW. The production of this car continued in the time period between the years 1989 and 1999. It came in two variants with a V12 and V8 engines respectively. It is rumored that BMW is possibly thinking about the revival of this car, as it is heard that the 7 Series Coupe is going to be released soon. Over 30,000 of this car model has been sold by BMW.  The BMW 8 Series car has succeeded to give joy to all its buyers with its smooth driving system.

This car is greatly balanced in terms of controlling, design and performance. The car has a price range of around $70,000 in the 90s and presently its price tag is around $138,663.

Though the production of BMW Z4 has been stopped recently, the Z8 model continues to stay in our memory. The production of this car model started in the year 1999 and continued till the year 2003. This amazing car is designed by the famous Henrik Fisker. This car comes with a great chassis and aluminum body which makes the car a powerful beast. When it comes to the engine, the BMW Z8 comes with a 4.9 liter engine. Because of its limited production, the owners of this car are considered to be among the members of a very premium and exclusive club.

Isetta is considered as BMW’s one of the most unique looking model. This super micro car has been listed as one of the most iconic cars of all time globally. Although this car does not have the exact amount of sex appeal as the other cars, but it is totally crazy car. The Isetta car was launched in two variants, i.e. the 250 and 300 versions. These two car variants were launched in the year 1950 and 1960 respectively. The most unique and special feature of this  car is its appearance. This car comes with a quite powerful engine along with a great transmission system.

Overall this car balanced greatly in terms of both looks and performance, but it is not primarily a speed car. The Isetta still remains as one of the most remarkable BMWs cars of all time.

When it comes to production, the BMW M1 car is the first BMW car to have a mass production globally making it one of the most best selling cars of all time. This BMW car is a marvelous example of craftsmanship, because this car  was hand built from the year 1978 to 1981.  The BMW M1 has a Italian appearance since it was actually meant to be released in association with the famous automobile brand Lamborghini. This car comes with a 3,453 cc m88/1 six-cylinder petrol engine with a mechanical fuel injection and an amazing Magneti-Marelli Ignition system. This powerful engine has six different throttle bodies with 4 valves per cylinder.

The M1 generates a great amount of maximum output of 273 horse power with rpm of 6,500. This car comes with a top speed of 260 km per hour, i.e. 162 mph. If we sum up, the BMW M1 car is perfectly balanced in terms of looks, comfort, performance and cost.

BMW i8 is the most modern car ever manufactured by BMW. It has become an iconic car for its appearance in Tom Cruise’s Mission: Impossible film franchise. Amazingly this BMW car acts as a plug inn hybrid model that is not at all boring. This let the buyers to save the environment and at the same time look cool and classy. One get simply enjoy a thrilling vision into the top level future of BMW by buying this i8 model.

A key feature of this i8 model is the addition of adaptive LED headlights which is popularly called as Laserlights. This car comes with a 1.5 liter 3 cylinder gas engine. The i8 model has a great maximum output with a horsepower of 369 hp, which can comfortably drive all the four wheels. It can attain the speed of 0-60 mph in just 4.1 seconds.

The BMW 507 was first manufactured in the year 1956. Its production continued till the year 1959. This car became rare as only 252 cars were produced owing to its expensive cost. Eventually BMW suffered huge losses in the market due to this car model. This car came with a great fuel tank capacity of 110 litres. Owing to its big fuel tanks, the boot space was less.

The BMW 507 comes with the OHV V8 engine made of aluminum alloy having pushrod controlled overhead valves. It has a quite good maximum output having a horsepower of 150 hp with an rpm of 5000. Overall this car is quite balanced. It can attain the speed of 0-100 km/h in a time span of 11.1 seconds with a top speed of 122 mph.

The BMW E30 M3 is the most iconic car in the entire history of BMW cars. This car is totally a beast in its performance. It has set a next level top standard for all the other automakers globally as a result of its high quality performance. An amazing unique feature of this car is its single nameplate which has been emulated by many brands after this. When we hear a two door sports car, the first name that strikes our mind is the BMW E30 M3.

This car was first manufactured in the year 1986 and its production continued till 1991. While most of the E30 models were manufactured in coupe form, some of them were also convertible cars. It comes with a S14 4-cylinder engine. Primarily it came with a horsepower of 197 hp later it was upgraded to 212 hp. This car has a top speed of 240 km/h, i.e. 149 mph.

This is the list of top 9 BMW cars that has been ever manufactured in these years. BMW cars are known globally for their deadly combo of Luxury with Performance. These cars have the world’s best features with superb designs making them famous worldwide.