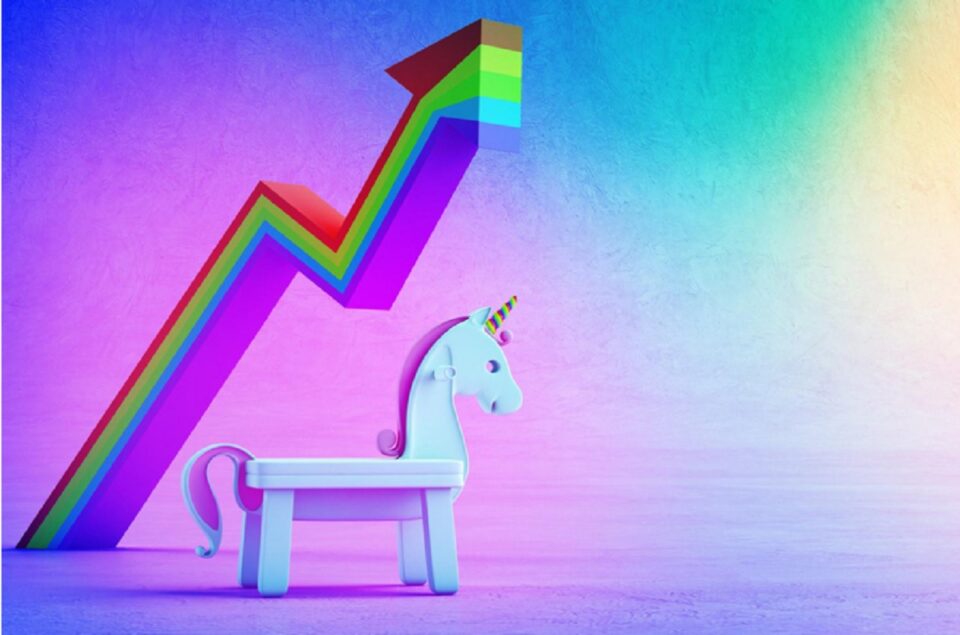 The phrase “unicorn startup,” coined by venture capitalist Aileen Lee in 2013, refers to a private firm valued at or over $1 billion, because, like the mythological creature, such a successful commercial endeavour is statistically rare. Lee counted 39 unicorns the first time she tried it. In the following seven years, a new unicorn is born every three days. So, why have unicorn startups become the norm rather than the exception?

This year, India too saw the birth of its first unicorns in the fields of healthcare, social commerce, cryptocurrency, and epharmacy. In August, upGrad, Grofers, BharatPe, Zetwerk, Mindtickle, Eruditus, and CoinDCX became unicorns. More than 24 firms have already joined the unicorn club in just eight months. Until July of this year, much over $20 billion has been raised, with multiple rounds expected to produce Indian unicorns in 2021.

Disruption is a positive thing in business, especially for aspiring unicorns. Disruption is a term used to describe innovation in an industry that has a significant impact on how the industry or market functions. Disruptors typically begin at the low end of the market, offering simpler, less expensive solutions that meet the same needs as higher-end products. Netflix, for example, has made a dramatic change in the video and television industries by offering low-cost streaming services.

The notion of MVP (most valuable player) is based on the Lean Startup business model, which states that firms can improve efficiency by repeatedly testing and updating their MVPs depending on user feedback. Uber, which was developed out of the founders’ attempts to hail a cab on a cold winter night in Paris, is an example of a successful MVP. They started by testing their MVP with just three automobiles and a rudimentary interface, gathering customer input after each journey to improve it. Uber has evolved to be a globally recognised firm as it has added new features over time.

Businesses today take advantage of existing technologies and tools to help them scale. AI advancements have indeed made it one of the most versatile technologies available to enterprises. AI may be used to automate operations, personalise user experiences, and improve customer service, among other things. DoorDash, for example, employs AI for logistics, and Kabbage is disrupting the banking business with AI.

A B2C (business-to-consumer) business system is used by over 60% of unicorns, which means their business strategy concentrates on offering inexpensive products and services to everyday people. You must identify ways to better the lives of a specific target population to build items that people genuinely want. In addition, items must have an intuitive UX design that is simple to use and understand by users.

How to become a unicorn company?

Learn to choose the correct people at work

To develop an effective startup, you’ll need a good squad that can help you expand. It’s critical to hire people who share your beliefs as well as the skillsets you require. You’ll be able to collaborate more cohesively to achieve your goals if everyone is on the same page about where they want the firm to go.

Customers will naturally gravitate toward products that satisfy their requirements or desires. That’s why it’s critical to start by identifying a problem that your company wants to solve. For instance, Canva, an online infographic production tool, was able to achieve unicorn status in 2020 for showing its capability to solve real-time issues faced by users. Continue to improve your product by adding features that people desire and ask for after you’ve solved the initial issue.

You may need to think like a camel to become a unicorn as the camel is an animal that symbolises flexibility, tenacity, and resilience due to its ability to thrive in the desert. This approach is especially important in times of business uncertainty, such as during a pandemic, because it allows you to get through the crisis and maintain growth in the face of unpredictability. Similarly, Investors play a critical part in the funding of your firm, thus it’s critical to gain their support. Fundraising is a lengthy and arduous process, but the key to success is having faith in yourself and your company.

Building and maintaining relationships is an important aspect of running a successful business. You can more quickly identify acceptable business partners, future customers, or venture capitalists if you have a network of contacts. For newer businesses, building a close relationship with established business leaders may be extremely useful, as they can supply significant business insights and teach you professional skills that would otherwise be learnt through experimentation.

Urban Company (previously known as Urban Clap) is a home service company that focuses on consumer-based services. It was founded in 2014 by Abhiraj Bahl, Raghav Chandra, and Varun Khaitan. Urban Company, a hyperlocal service provider based in Gurugram, is the newest unicorn to enter the club, with its latest $188 million Series F fundraising round valuing the company at $2 billion.

PharmEasy is a chronic care company launched in 2015 by Dharmil Sheth and Dr Dhaval Shah. It provides services such as teleconsultation, prescription deliveries, and sample collection for diagnostic tests. API Holdings had planned to merge its subsidiary PharmEasy with its competitor Medlife in 2020. The company was able to achieve one of its goals — joining the unicorn club — once the transaction was completed in the latter half of last year.

CRED, founded by Kunal Shah, entered the unicorn club with a stunning valuation of $2.2 billion despite having only INR 57 lakh ($76K, at current conversion rate) in operating income in the financial year 2020. Last year, the company decided to try its hand at eCommerce in order to boost income and leverage its user base.

Only eight months after bootstrapped Zerodha valued itself at over $1 billion, India found its second wealth management unicorn in Groww. Groww, like Zerodha, offers a software platform that lets users invest in stocks, mutual funds, ETFs, IPOs, and gold via a mobile app and a web platform. Ex-Flipkart employees Lalit Keshre, Harsh Jain, Neeraj Singh, and Ishan Bansal launched the five-year-old startup, which has over 15 million registered users.

After gaining the attention of users in Tier II and III India, ShareChat has finally made it to the unicorn club. In one year, the regional language social media startup’s monthly active user base increased by 166 per cent, from 60 million to 160 million. An unexpected trend unfolded for the startup during the epidemic: even though it had no English interface, it began to gain attention in Tier I and metro cities, despite not having a Tier II or Tier III model.

In July, the Bengaluru-based logistics firm BlackBuck secured $67 million in a Series E round valued at over $1 billion. The company, which was founded by Rajesh Yabaji, claims to be India’s largest online transportation platform, with a market share of over 90%. According to the company, it has over 700,000 truckers and 1.2 million trucks on its platform, with over $15 million in sub-accounts. After Delhivery, which is eyeing an IPO this year, and Rivigo, BlackBuck is the third logistics firm to become a unicorn.

Top 20 Auto Manufacturers in The World

Top 20 Auto Manufacturers in The World