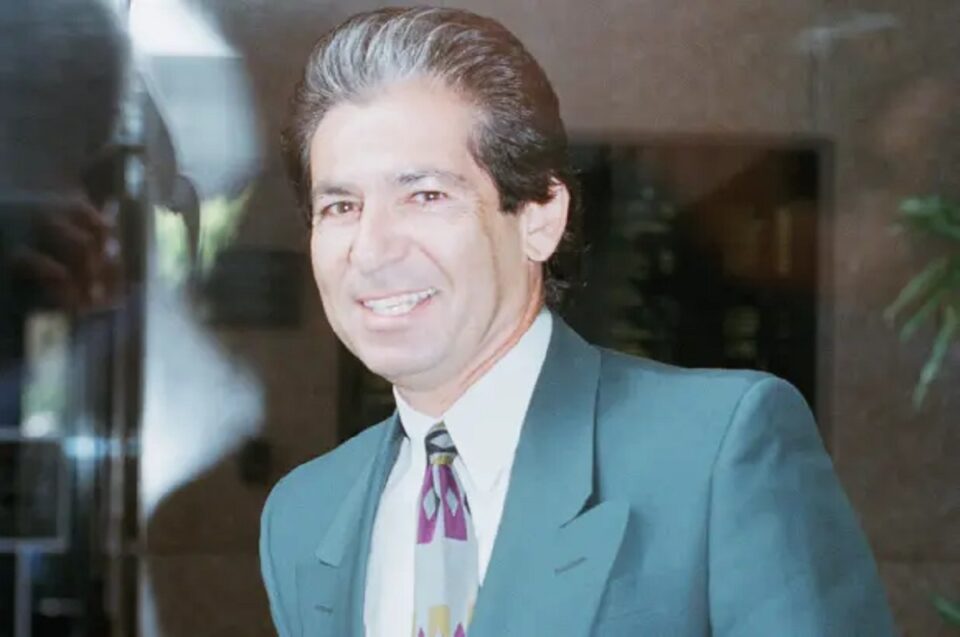 Robert Kardashian had died of cancer at the age of 59 and left behind a family empire whose name is currently known throughout the world. Last year in 2021, Kim Kardashian passed her first bar exam and perhaps this article will enlighten you on why she dedicated her success to her father: a former lawyer.

Who Was Robert Kardashian? 10 Facts On The Doting Father!

Former lawyer, businessman, father, apprentice cameraman for his family videos, husband, friend… for 60 years, Robert Kardashian proudly wore these multiple hats. This small man, with black hair traversed by a few white locks on the front, is today known for his incredible family: the Kardashians. Although he died in 2003, Robert Kardashian remains this father respected and adored by his children, Kourtney, Kim, Khloé and Robert as well as his ex-wife, Kris Jenner.

Kim Kardashian’s father Robert was born on February 22, 1944 into a family of survivors of the Armenian genocide. He grew up in Los Angeles in a well-to-do household alongside his parents, Arthur and Helen, who are highly respected by the Armenian community, and attended Dorsey High School, where many athletes studied, including James Wilkes, a former basketball player for the Chicago Bulls, but also singer Mike Love, founding member of the Beach Boys.

3. A Genius In The Making, and Kris Jenner Enters His Life:

Robert Kardashian kept his focus at school and obtained his law degree at the University of San Diego, and embarked on professional life. Against all expectations, he does not become a lawyer, but invests himself in business. In 1973, he co-founded Radio & Records, a professional magazine on the radio and music industry, with which he made his fortune.

A year after he made his fortune with Radio & Records, Robert meets Kris Houghton and falls in love with the 19-year-old young woman. In a 2016 interview for Slate, the future Kris Jenner told journalist Sheila Weller that the first time she entered the businessman’s luxurious home, “I rushed in, closed the door, called my mother and whispered to her: “This place is amazing, you can’t even imagine!”.

Robert Kardashian falls in love with this stewardess 10 years his junior, who wants many children. The couple wed in 1978 and welcomed 4 children.

4. Kim Kardashian Is Committed To Following In Her Father’s Footsteps:

For several years, Kim, the youngest of the family, has been passionate about the law. Following in her father’s footsteps, KKW resumed her studies to become a lawyer. And on December 13, 2021 announced on Instagram her success in a first bar exam in Los Angeles, after four tries.

Full of conviction, she wants to defend prisoners who have been judged too harshly and “fight for people who have paid their debts to society,” she explained in an interview with Vogue magazine.

Kim Kardashian has visited the White House several times to discuss the subject with former President Donald Trump. These talks led to the presidential pardon of Alice Marie Johnson in 2018, sentenced to life in prison, following a drug trafficking case. The young woman, who worked in her father’s office before his death, explained that she had “learned a lot from him”, during an interview with David Letterman in 2020, available on Netflix. When the journalist asked him where this desire to do law came from, the reality TV star did not hide that “the link with his father was obvious”.

5. Then Came A Reversal of Love For Robert:

Happy in his family cocoon, Robert Kardashian meets the star of American football, OJ Simpson. This great athlete, star of the Buffalo Bills and the NFL (National Football League), is famous throughout the United States for being one of the best runners in the history of this sport. After a career spent on the football pitch, he became a sports commentator, but also an actor, and played in many detective films. Between the two men, it’s a friendly love at first sight brotherhood.

Their wives, Kris Kardashian and Nicole Brown, also become inseparable and do not hesitate to organize holidays in the mountains or by the sea, with the whole family.

The football player then becomes “uncle OJ” as the Kardashian children become attached to him.

But shortly after the birth of their fourth child, Kris and Robert began divorce proceedings in 1991 thanks to several months of experiencing his wife’s infidelity. Robert also decides to cut her off, after they separate. A month later, she married the famous Olympic athlete who would become Caitlyn Jenner, a transitioned man who was formerly Bruce.

4 years later, a tragedy propels the young businessman and his family to the forefront of the media scene after the dead bodies of Nicole Brown and her friend, Ronald Goldman, were discovered in 1994.

It is OJ who becomes the first suspect as he was just divorced from Nicole. Accused of the murder, he claims his innocence. An army of lawyers is summoned to participate in this high-tension trial: of course, the sportsman asks his best friend to come and defend him. Robert Kardashian then resumes practicing law.

The OJ Simpson case would be a real ordeal for Robert Kardashian because every detail is broadcast on television. American citizens will thus always remember this chase filmed by a helicopter, on the 405 freeway in Los Angeles, during which the sportsman, rushing at the wheel of his Ford Bronco to escape his arrest, threatens to commit suicide. The case, highly publicized in the United States, revives the racial tensions of the time. It divides not only America, but also the Kardashian clan.

His ex-wife Kris, who has just lost her best friend, is convinced that OJ is guilty.

For his part, Robert has decided to believe this friend he defends, and who proclaims his innocence: “OJ Simpson never lied to me. He told me that he had not committed these horrible crimes and I have no reason not to believe him. It is with this in mind that I have come to stand by his side during his trial,” he wrote in a letter to his ex-wife and their children which was publicly reproduced in Kris Jenner’s autobiography: Kris Jenner… And all things Kardashian (2011).

Indeed, Robert was loyal to his friends and family, and was chosen to, literally, stand next to OJ during the trial. A closeness that would allow OJ to remain calm while the gruesome photos of the victims are shown to the jury.

As the case became more and more infamous (the most viral things before it existed), defense attorneys Johnnie Cochran and Robert Kardashian were now being mobbed by the media during OJ Simpson’s trial. But Robert Kardashian begins to question the innocence of OJ Simpson after seeing evidence at the end of his trial.

Despite his absolute devotion to his friend, he stated: “I have my doubts,” he told Barbara Walters in a 1994 interview. is the biggest thorn in my side; it’s what gives me the most problems”.

During an interview granted to the Times in 1994, taken up by the Los Angeles Times, he confided in the stress caused by the affair, and in his family, whom he wishes to protect from all the media turmoil he has undergone.

“The last seven months have had such an emotional impact on my life – you have no idea. The other day someone asked me a simple question and for no reason I started crying. My life will never, ever be the same again. I’m sorry for what happened, but I was just helping my friend, like any of you would. Please don’t let what’s going to happen in this case affect our family.”

Family is at the heart of Robert Kardashian’s life. As his children grow up, he begins to film every important moment with a camcorder: their first day of school, a trip to the swimming pool, a birthday. “He used to come to my room every night for prayers,” his son explains in the Keeping Up With the Kardashians season 1 episode “Memories of Dad.”

“We used to watch old movies together. I was really into it, but he always forgot to tape the ending,” his other child Kourtney adds. As you can tell, the man was very close to his children. Robert Kardashian transmits his values ​​to them: the importance of supporting and protecting the people we care about is one of his priorities. Even his divorce will not have succeeded in destroying his family.

After his separation from Kris and the end of the terrible lawsuit of OJ, Robert Kardashian resumes his life with fame and glamor on top. After an express marriage with a certain Jan Ashley from 1998 to 1999, Robert Kardashian married a real estate agent, Ellen Pearson, the one who will always be portrayed by the daughters of the family as their “evil stepmother”, in 2003. The same year, he learns that he has cancer of the esophagus and dies a few weeks later.

This would become a defining moment for the Kardashian clan as the tragic death of the patriarch leaves a huge scar in the hearts of Kris and Rob’s children. “Knowing he had cancer was one thing, but to think he was actually going to die from it….I never thought, even in a million years, that this would happen to him,” Robert Kardashian’s ex-wife Kris Jenner said in an interview for E! in October 2004, picked up by the Los Angeles Times. Between a few tears she adds: “His passing still stings so much, as if it were fresh”.

10. Rob Kardashian’s Tributary Moments Are All Over His Children’s Socials:

Today Rob Kardashian’s children and ex-wife do not hesitate to pay tribute to him on social networks, in their reality TV shows, or on television sets. Beyond the glamorous side, Robert’s influence shows us that narcissistic Kim has now become a billionaire, because her father would have taught her that if she needed money she should work to get it.

He is even a pop culture icon because, in 2016, Ryan Murphy paid tribute to him in his series American Crime Story: The People vs. OJ Simpson, in which he is portrayed by David Schwimmer, Friends star Ross. This little lawyer, humble, discreet, in love with his family and his friends, knew how to conquer the hearts of many Americans.

With Kim Kardhadian who bears her last name proudly with the recent removal of West, she is soon to be a lawyer and her legacy has not finished lasting.

Eisenhower Matrix: What Is It And How Does It Help You With...